Rep. Cunningham joins the Coalition at a timely moment for South Carolina, as flooding concerns in the state are growing.

“In the last few years, historic flooding has inundated South Carolina’s Lowcountry because of unprecedented high tides, erosion, and harsher storm surges and hurricanes. In Charleston, flooding threatens to compromise our medical district and recurrent flooding threatens nearly every military installation in our district,” said Rep. Cunningham. “I look forward to working together to build a flood-resistant South Carolina.”

Charleston is home to the Medical University of South Carolina (MUSC), Roper St. Francis Healthcare system, and Ralph A. Johnson VA Hospital, which house a total of 6 separate hospitals. The streets in Charleston’s medical district flood regularly and often prevent people and ambulances from reaching the hospitals. During Hurricane Matthew, Ralph H. Johnson VA rescheduled 6,000 appointments and transferred many of its patients under its evacuation protocol.

“As an advisory board member of the American Flood Coalition, we are pleased to welcome Rep. Joe Cunningham (SC-1) as a coalition member,” said the Charleston Trident Association of REALTORS in a statement about the Congressman’s membership. “Our region and state have faced catastrophic flooding in recent years and it is imperative we advocate for solutions locally and nationally.  As the first federal member of the South Carolina delegation to join, we congratulate Rep. Cunningham for being our voice on the national stage regarding flooding solutions and his leadership on this issue.” 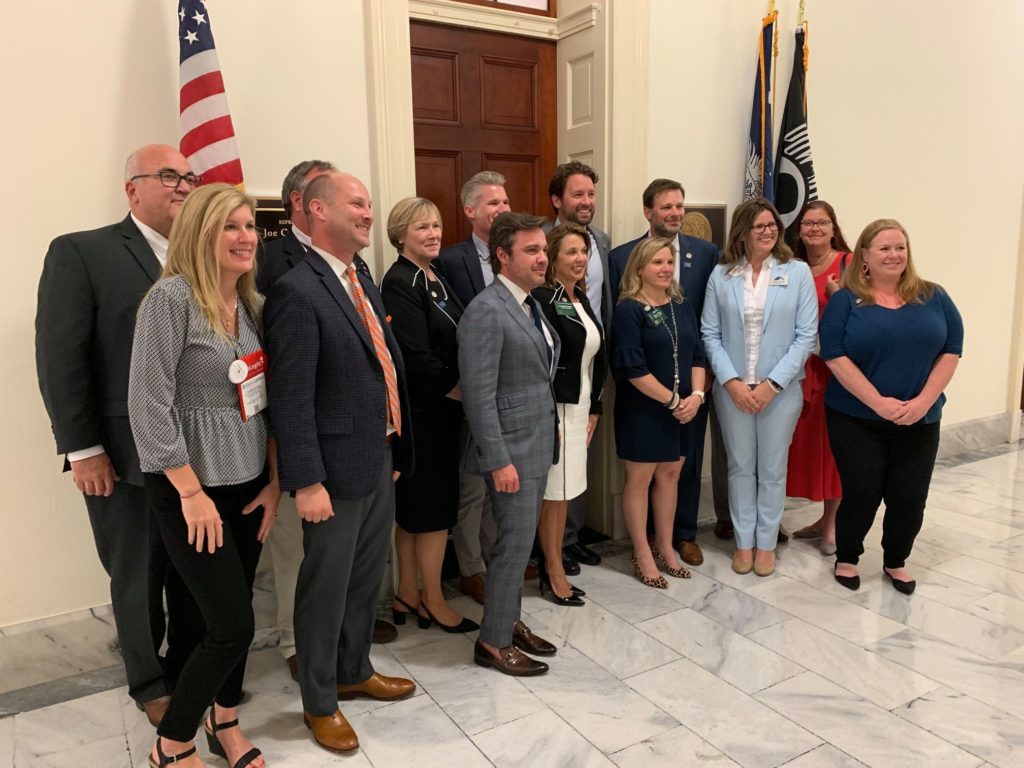 Rep. Cunningham’s district is also home to a number of critical military installations threatened by flooding, which degrades operational readiness. Joint Base Charleston was recently named by the Air Force as one of their top 5 bases most vulnerable to weather impacts, and access roads to Marine Corps Recruit Depot Parris Island and Marine Corps Air Station Beaufort can be restricted by high tides and storms. Additionally, flooding downtown can cut off access to Charleston’s Coast Guard facility, disrupting search and rescue operations during storms.

Rep. Cunningham is the 13th Member of Congress to join the American Flood Coalition and the 32nd member from South Carolina. The coalition’s South Carolina membership includes the cities of Beaufort, Charleston, Folly Beach, as well as civic groups such as Groundswell! and the Historic Charleston Foundation. Several local business groups, such as Charleston Homebuilders Association and Charleston Trident Association of REALTORS, are also coalition members.

“This is a very exciting moment for the coalition. We have worked with our state and local members in South Carolina to elevate their concerns on sea-level rise and flooding. Now, we have a great opportunity to connect them with their federal representative and work towards a common goal,” said Melissa Roberts, Executive Director of the American Flood Coalition. “We look forward to working with Congressman Cunningham to advance practical solutions for flood affected communities in both South Carolina’s first congressional district and across the country.”

The American Flood Coalition is a nonpartisan group of cities, elected officials, military leaders, businesses, and civic groups that have come together to drive adaptation to the reality of higher seas, stronger storms, and more frequent flooding through national solutions that support flood-affected communities and protect our nation’s residents, economy, and military installations.

Cities, towns, elected officials, businesses, and local leaders wishing to join the American Flood Coalition or read more about the organization’s work can visit the coalition’s website to find out more.