Vote NO to Protect Property Rights!


Folly Beach has been studying the issues around short-term rentals (STR’s) in their community and are proposing a cap on how many of these rentals can operate on the island.

The cap discussion has been defeated on three separate occasions by council, yet the mayor and a group of citizens who want to restrict property rights and deny property owners the right to operate a STR continue to pursue this bad policy recommendation.  There will be a special election to determine the fate of short-term rentals on Folly Beach on February 7.

Most nuisance complaints around short-term rentals are the result of a lack of existing ordinance enforcement.  Some municipalities, including Folly Beach, seek to put rental caps in place and heavily restrict the use and amount of STR’s in their area instead of enforcing their existing noise, trash, and parking ordinances.

Many Folly Beach property owners, including young families and retired folks rely on the revenue from their properties to sustain and maintain their lifestyle and count on it as part of their income.

The Folly United group explains the impact on their community: 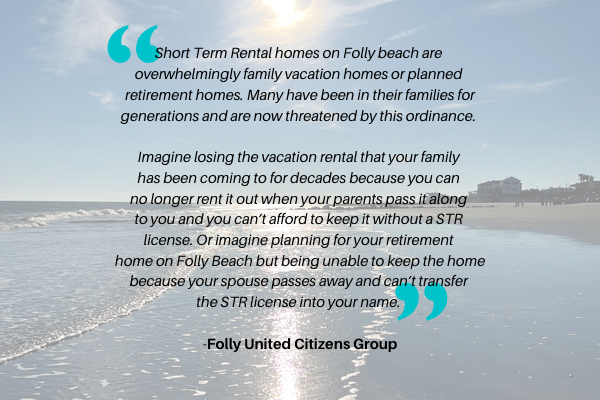 Accommodations Taxes from Vacation Rentals (STR’s) contributes over $1.5 million a year to the Folly Beach beach re-nourishment program and another $1.5 million to the City’s General Fund.

CTAR opposes this measure and we encourage our members to educate your clients on Folly about the negative land use implications this vote may have on their property.  Help us stand up for property rights and vote down this restrictive measure.  The founding principle of our association is to protect property rights and this is the best way to show that support.  Help us defeat this cap and vote ‘No’ on February 7. 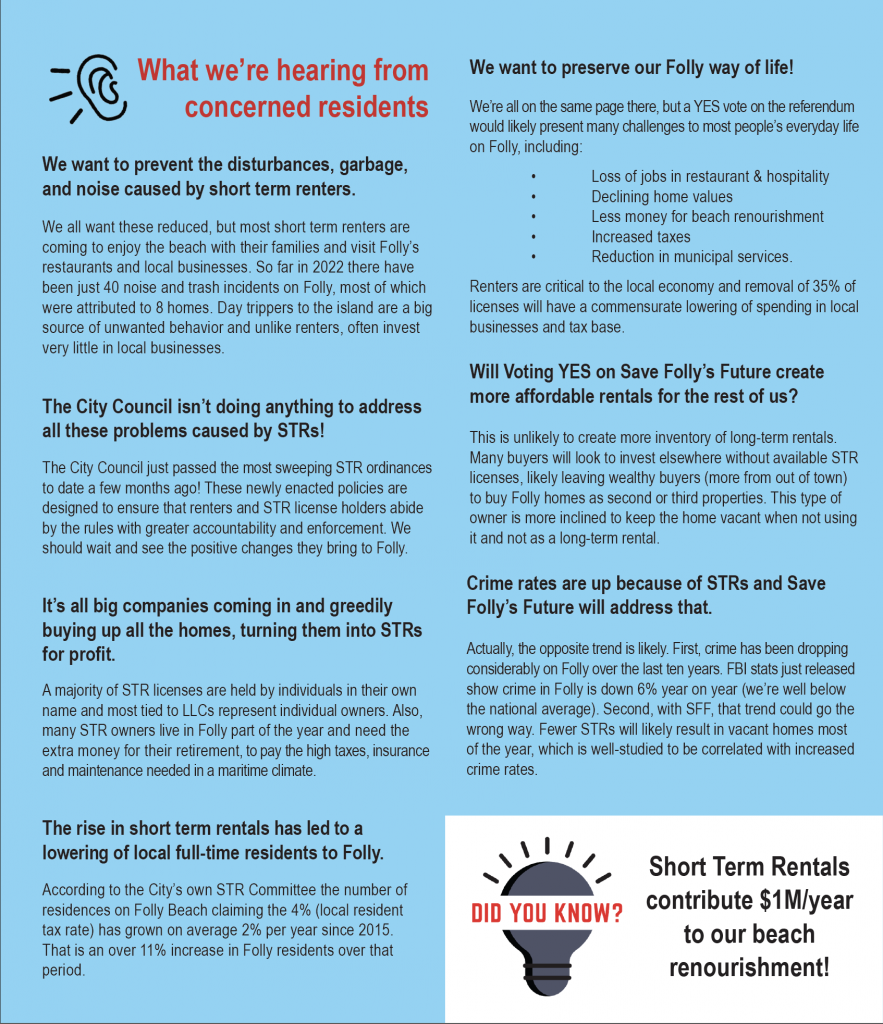