Meet Your 2018 CTAR Board of Directors 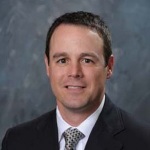 Edward is the Broker-in-Charge at Oswald Cooke & Associates and he oversees the general day-to-day operations of the company which include general brokerage, property management and the project management of OCA’s in-house development projects. Edward holds a BS from the Citadel (1995) as well as a Masters of Environmental Management from Duke University (1998). In 2007, he began his career in real estate and his prior experience in wetland consulting and development entitlement provides a unique skill set which has proven invaluable in the acquisition and disposition of raw and vacant land for development purposes.

Edward does and has contributed to a number of local charities such as The Citadel Foundation, Share Our Suzy, East Cooper Habitat for Humanity, Operation Home, Swing for a Cure and the Luekemia and Lymphoma Society. He is a resting Deacon and active member of the Mount Pleasant Presbyterian Church. He is also an active volunteer coach for the Mount Pleasant Recreation Department. Edward is currently serving as Vice President of Administration for the Charleston Trident Association of Realtors.

Edward enjoys spending time with his family and being very involved in the lives of his two children, Will and Sarah. Edward enjoys the wonderful Lowcountry outdoors both on land and in the water; he is an avid boater, fisherman, hunter and sports fan/enthusiast. He and his wife Cameron live in Mount Pleasant with their children. 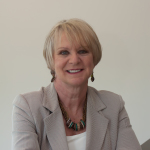 Bobette has been a real estate agent since 2002 and with her current brokerage Carolina One Real Estate since 2009. She holds the designations of CIPS, CRS, GRI and SFR. She has served in leadership on the executive board of the SC Council of Residential Specialist, was President of the SC Chapter in 2013. She received SC CRS of the Year in 2014 and the Omega Tau Rho Award as nominated by her peers in SC in 2015.

Bobette has been in the Charleston area since 2000. She is married, has two grown children and is a native of Elkhart, Indiana. In her off time, she enjoys traveling, the local beaches, all the great food and fun activities the Lowcountry offers! 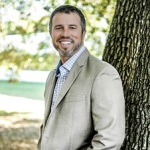 Rusty is a Charleston native and has been in the real estate industry for almost 20 years and holds the Accredited Buyer Representative (ABR) designation. He is currently with Carolina One Real Estate and will be the Broker-in-Charge for the new Carolina One office on Daniel Island. Rusty has served on the CTAR Board and as the Chairman of the Realtors Housing Opportunities Fund Committee (RHOF) and is active in his community as a volunteer coach. He resides on Daniel Island with his wife and two children. 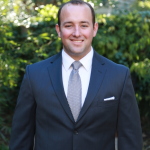 Matt was born and raised on Sullivans Island and is well versed with the ins and outs of the Charleston real estate market. His expertise lies in working with Residential, Multi-Family, and Commercial investors/developers and his passion lies in the adaptive reuse of historically significant and urban infill projects on the Peninsula. Matt’s extensive knowledge of the entitlement, Board of Architectural Review (BAR) and Board of Zoning Appeals (BZA) processes have aided him as well as his clients with the marketing and sale of their primary, secondary, and investment properties. He is a member of the Urban Land Institute’s local chapter and is the founding Principal of Matt Anderson Properties.

Matt and his wife Karen live in the Wagener Terrace neighborhood Downtown and he enjoys surfing, traveling, and being out on the water. 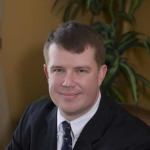 Cary is a Realtor® in the Berkshire Hathaway Home Services Southern Coast Real Estate Summerville office. He was raised in the Lowcountry, is a graduate of the University of South Carolina Columbia and has been in the industry for more than 10 years. Cary was recognized as a CTAR Realtor of Distinction from 2009-2012 and has ranked in the top 10% of Charleston-area agents for the last 8 years.

Cary is also an Active Master Mason, Active Shriner, and has officiated high school football and basketball for over 13 years. Cary and his wife Kellie are blessed with two boys, Brice and Braxton. 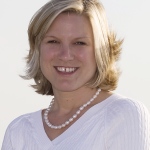 Maria Woodul is a Broker Associate with Carolina One Real Estate. Maria is a Certified Residential Specialist (CRS) and has served on numerous local, state and national committees within the industry in addition to volunteering with many local events and charities. Maria and her husband Rob have two daughters, Millie Tatum and Margaret.

The 2017 Nominating Committee announced their recommendations for the 2018 CTAR leadership positions in August. One candidate was selected for each vacancy, and were elected by acclamation since no additional candidates were submitted.